Language in the Media 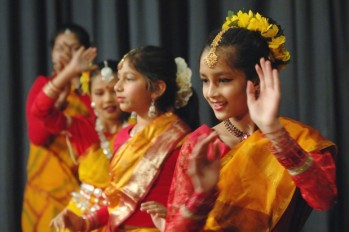 Indigenous languages are vital to telling Canada's story - The Globe and Mail (May 13, 2016)

Urgent action needed over decline of language learning at Cambridge University (May 24, 2016)

Spanish on the Shelves, Latin Culture in the Air at a Bookstore in Queens (July 28, 2016)

How Do You Say ‘Welcome to Europe’ in Maltese? Check an Arabic Dictionary (July 1, 2016)

Brain pattern predicts how fast an adult learns a new language (May 10, 2016)

Indigenous languages are dying in Canada. Here's how people are trying to save them (June 24, 2016)

Interviews with participants from the Nehiyawak Cree Language Camp about their experiences. videos

Muslim students in Regina learn Arabic as a way to connect with God (February 8, 2015)

Celebrating the Power of Languages - The Carillon (February 28, 2013)